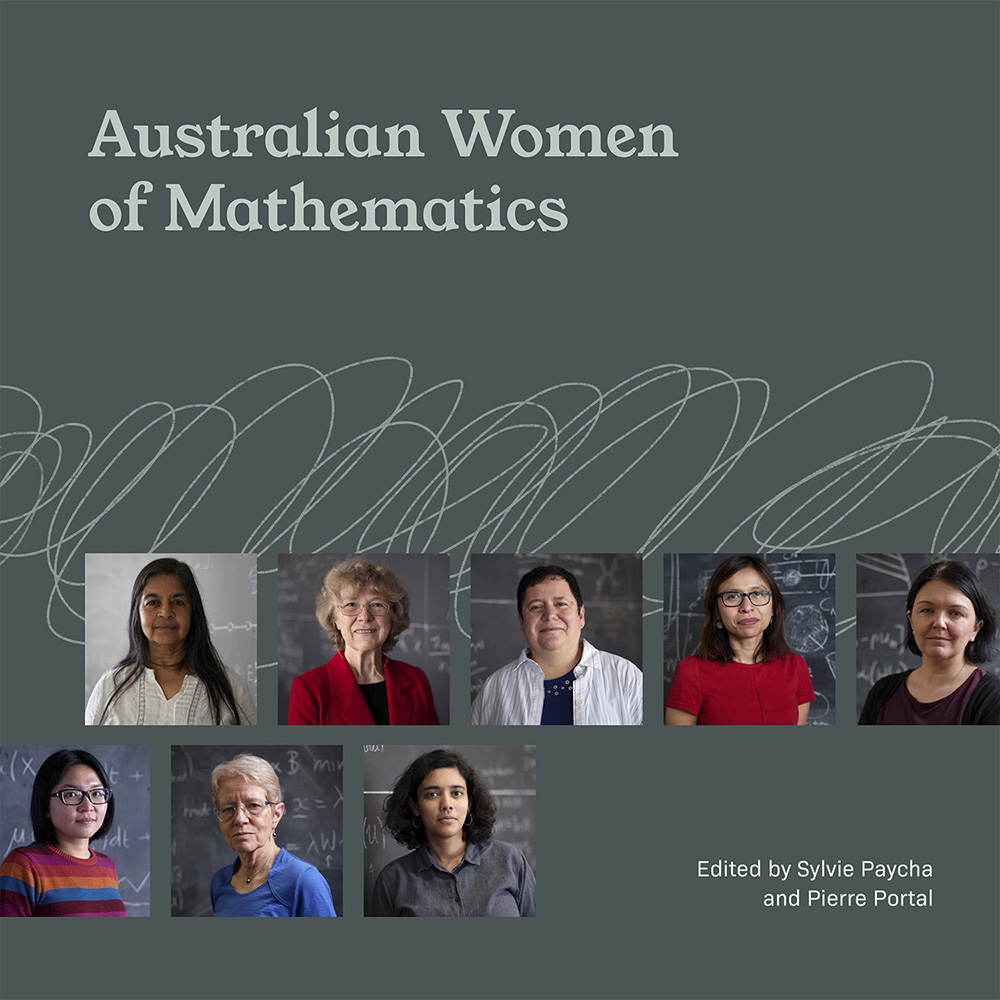 The exhibit is made of 16 panels and a book. If you would like to display it, please contact Pierre Portal (pierre.portal@anu.edu.au). Print or screen ready files can be made available free of charge. An opening of the exhibit will take place on 12 May 2021 at various universities across Australia.

Based on an original concept and design by Noel Matoff, Ecke Design, Gesine Krüger and Sylvie Paycha (www. womeninmath.net).

The Australian Women of Mathematics exhibit is an artistic and scientific project that aims to shine some light on this reality, in 2021 Australia. It focuses on mathematicians who identify as women, and are thus part of a group that is still substantially underrepresented in reality, and even more so in the public psyche. These women, however, exemplify all that mathematics and mathematicians are. Their interviews highlight the creative energy that drives mathematicians, the human stories that connect the mathematical community, the ever-expanding network of interactions between mathematicians and experts in other disciplines, and the universal language that mathematicians use to make sense of the world. This language has been shared and developed, in various forms, throughout history by humans all over the world. On our continent, it started tens of thousands of years ago, with First Nations People identifying and classifying patterns in the natural world. In the 21st century, it also draws strength from generations of migrants, who bring their own mathematical traditions, and unique perspectives, to the Australian mathematical community. As you hear the voices of the women featured in this exhibit, we hope that you will feel a connection to this community, and, maybe, even a desire to join it.