The exhibition took place from October 11 to November 10, 2016 at the Sciences Library of the University of Villetaneuse (Paris 13).

Sciences Library of the University of Villetaneuse

The exhibition was shown at the University Library for a whole month (Oct.10th - Nov.11th 2017), on the instigation and thanks to
the efforts of Gwenola Madec  with the logistical support of the mathematics department and the Laboratoire Analyse, Géométrie et Applications (LAGA) Paris 13 CNRS.

The panels  that were presented in the reading rooms of the library, could be seen by the students. School children came to visit the exhibition in small groups for the "Savante Banlieue" ("Wise suburbs") days (Oct. 13th and Oct. 14th 2017) organised during the "Fête de la Science" (Oct. 8th - Oct.16th) a nation wide celebration of natural sciences.

Some 130 high school girls aged 16-18 came to see the exhibition on Nov. 9th, 2017 for the «Filles et math: une équation lumineuse» event. Another group of 130 school girls aged 14-15 came for a similar event on March 1st.
All in all, some 27 schools were involved in this project which provided an opportunity for school girls to share thedifficulties they might encounter, partly in the form of acting sessions.

The exhibition was presented from March 7th to March 11th, 2017 in a cultural center called "Espace d’animation Louis Blésy"  of
Sevran, a suburb north of Paris, simultaneously  with an exhibition on women of the French "Résistance" in Sevran.
For the opening on March 7th, Gwenola Madec gave a speech introducing the exhibition.

This is a follow up of the project « filles et maths : une équation lumineuse ! » and as it had been the case for the previous edition, the exhibition was shown again for this event on Wednesday November 7th 2017, this time in the new library of the University Paris 13.
Were present for the opening 130 schoolgirls and 18 working women mathematicians who had come to meet them. Since then und until mid-December, the exhibition has been transferred to the entrance hall of the library  where it will therefore be seen by all the students who go to the library. 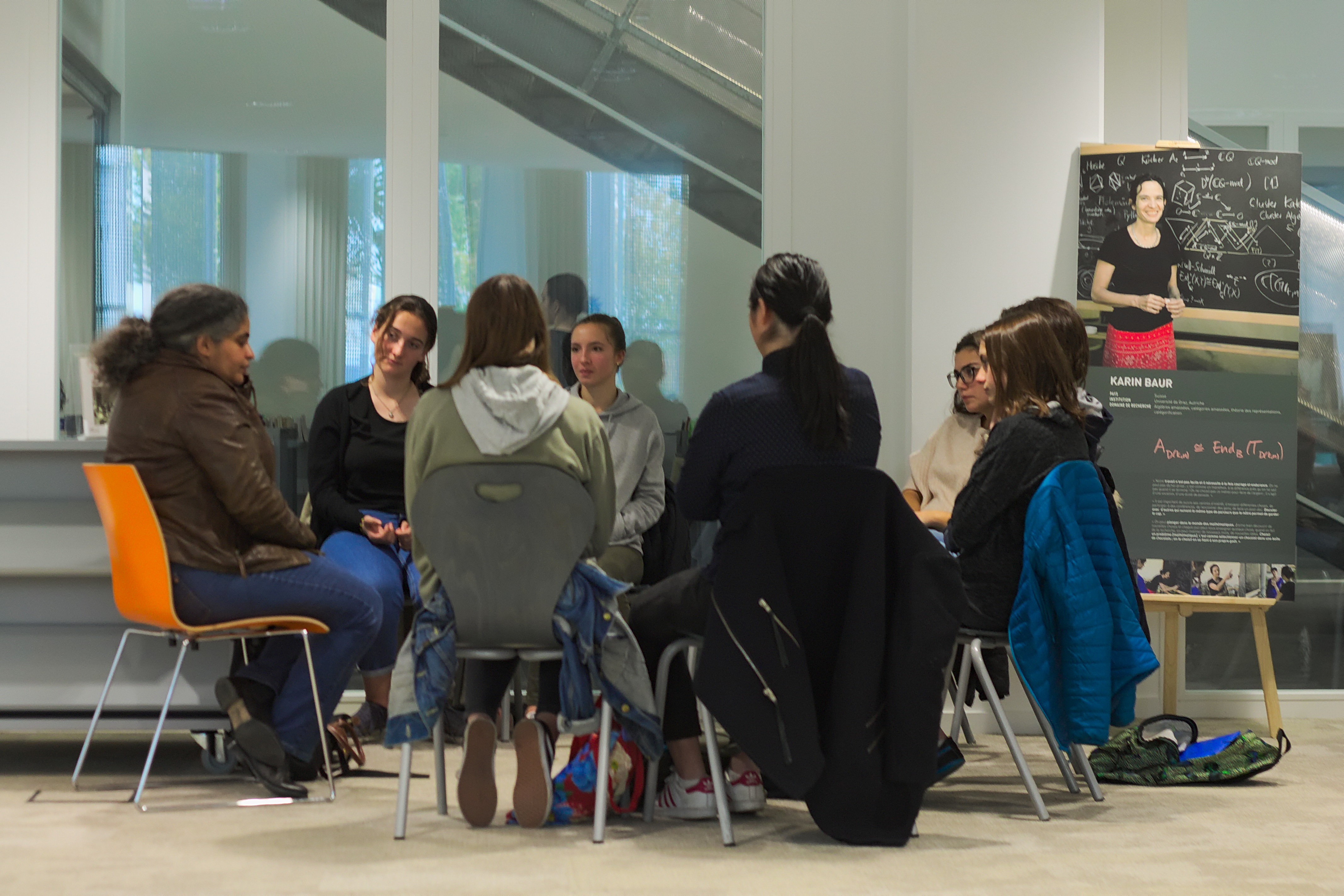 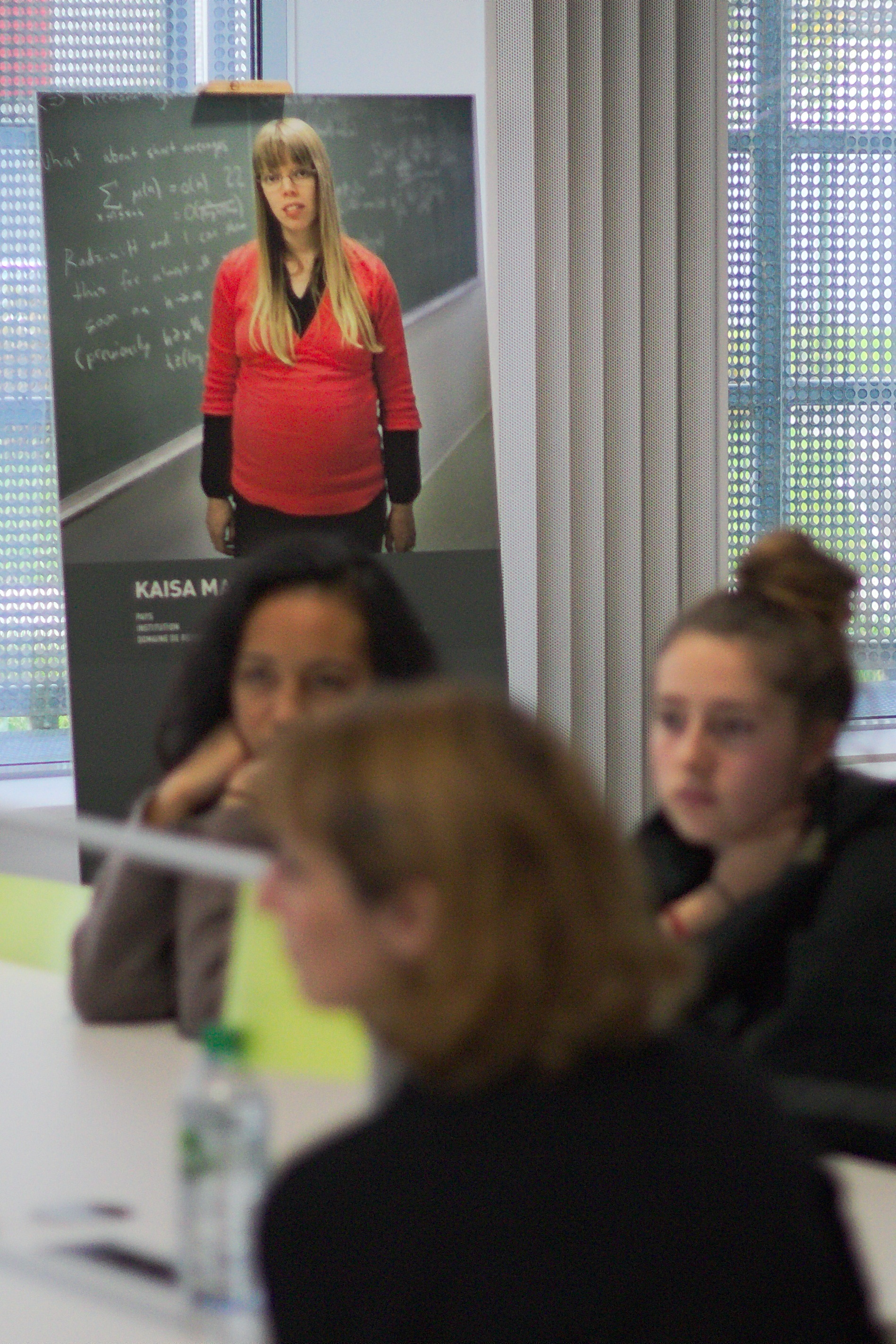 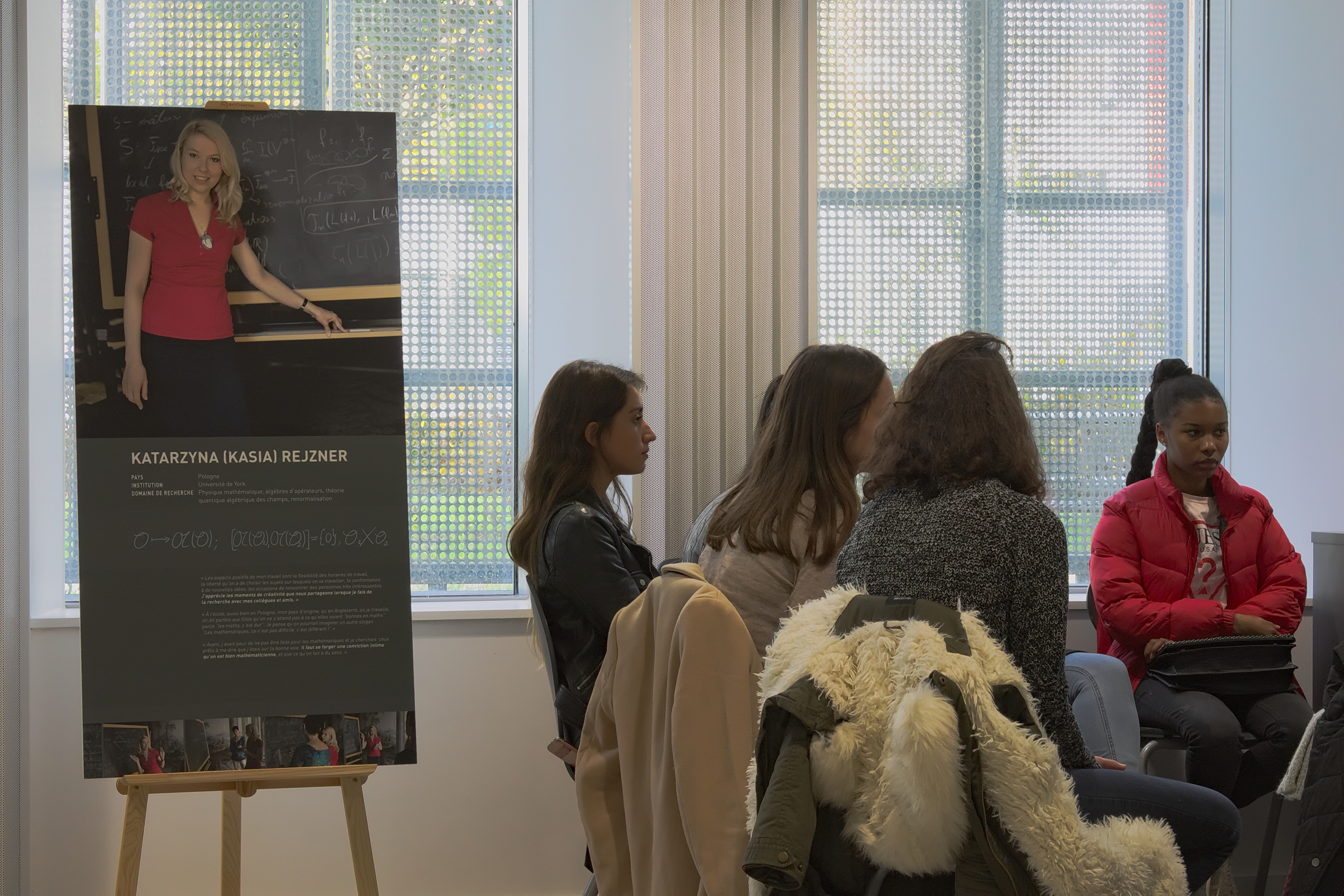 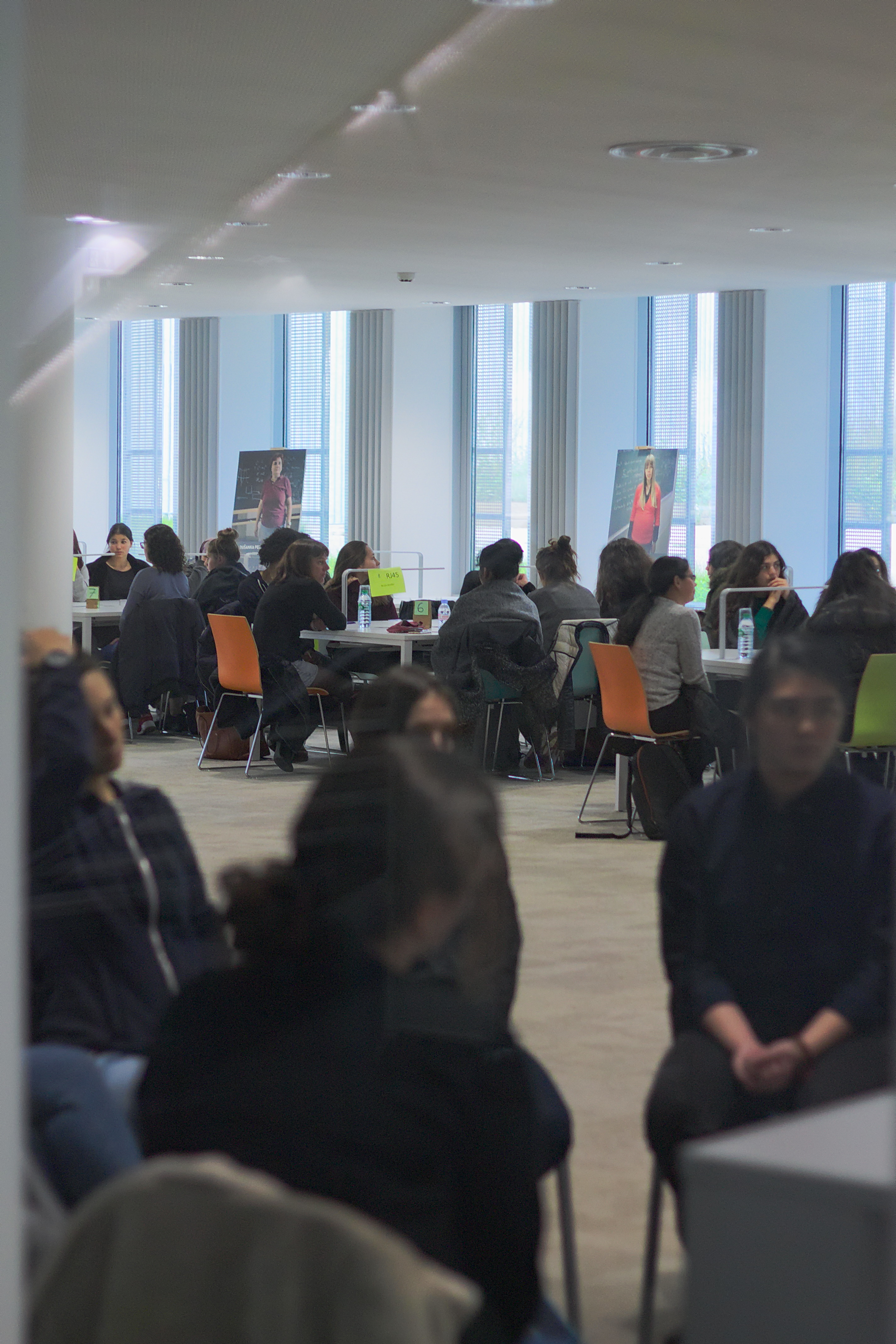