From August 28 until the end of September 2018, the Department of Mathematics and Computer Science of the Eindhoven University of Technology hosted the "Women of Mathematics" photo exhibition. For the opening of this exhibition, an afternoon dedicated to "Celebrating Mathematics" was organized on Monday August 27 in collaboration with EWM The Netherlands. The opening was targeted as an outreach event, welcoming many mathematicians outside academia.

A special thanks goes to the local organizers Maria Vlasiou, Andrea Fuster and Patty Koorn, as well as the kind sponsorship of the department.

Abstracts of the talks at the opening:

Abstract: Imagine that a TV presenter casually mentions "multi-dimensional spaces", and everybody understands. We live in the digital era and our daily lives depend on numbers. Yet, the general public has little to no idea what exactly the role of mathematics is and why they need to learn it. By looking at several examples – from school program to modern mathematics – we will address both the usefulness of mathematics in the real world, and how to teach deep mathematical ideas to everyone. Nelly Litvak will share her conclusions, often surprising to herself, from explaining mathematics on-line to grown-up people who believed that `math was not their thing'.

Bio: Nelly Litvak grew up in Nizhny Novgorod, Russia. She received her PhD in Stochastic Operations Research from Eindhoven University of Technology in 2002. At the moment she is a professor at the University of Twente and Eindhoven University of Technology. Her research is on algorithms for complex networks, such as on-line social networks and the World Wide Web. She is a best-selling non-fiction author and gives many public lectures about mathematics and education. Her last book `Who needs mathematics?' (in Russian) was a finalist of the Enlightener Award for the best popular science book in Russia in 2017. In June 2017 she started a Facebook group `Mathematics  – Great and Terrible' about mathematics for non-mathematicians, that by now has more than 8000 participants.

Abstract: On the beauty and societal impact of mathematics and mathematical minds. This will be illustrated by some (fun) examples that are mainly taken from the field of game theory.

Bio: After obtaining his PhD in mathematical game theory, Frank Thuijsman had visiting positions at UCLA and the Hebrew University of Jerusalem before settling down at Maastricht University. There, he was one of the first staff members of the Mathematics and Computer Science group, which developed into the current Department of Data Science and Knowledge Engineering. In Maastricht, he now holds a chair on data science and strategic optimisation. In 2014 he initiated KE@Work, a new educational model in which the brightest first year BSc students are selected to address challenging problems in nearby companies and organisations by combining work and study on a fifty/fifty base for two full years. While initially his research focused on equilibrium existence problems in game theory, he is currently more into applications that connect game theory to different areas of science. Regarding further outreach, he has organised and chaired several workshops and conferences, amongst which GAMES 2016, the 5th World Congress of the Game Theory Society, and EC'16, the 17th ACM Conference on Economics and Computation, that were held in parallel in Maastricht.

Abstract: Mathematical art is often readily recognised as such, even by non-mathematicians.  An artwork reveals its mathematical nature through the use of 'mathematical' shapes and numbers, through its highly systematic structure, simplicity, abstraction, precision, etc.  However, in many cases, not all the mathematics is immediately visible.  Some constructions may look deceivingly obvious, but often they involved a long and challenging process of mathematical problems solving. Without that struggle, it would not be art (according to some artists).  Furthermore, this process may lead to interesting unsolved mathematical problems.  I will illustrate this by discussing various mathematical artworks and telling you about their invisible mathematical problems.

Bio: Tom Verhoeff (Eindhoven University of Technology) is a mathematician and computer scientist who is also involved in mathematical art (chair of the Foundation Math-Art Koos Verhoeff; member of the program committee of the annual Bridges Conferences on Mathematics and the Arts; involved in the Foundation Ars et Mathesis; member of the KNAW Mingler Network) and problem solving (treasurer of the Dutch Mathematical Olympiad; member of the problem committee for the Dutch Kangaroo Contest; contributor to Brilliant.org).  On the side, he teaches math enrichment classes in a primary school.

Prof. Ionica Smeets
Title: How to talk about mathematics

Abstract: How do you talk about symmetry for an audience that doesn't have a clue about group theory? How can you present a proof as an exciting story to laymen? What is a great visual metaphor to introduce randomness? In short: how can you bring mathematics to the masses? Ionica Smeets shows great ways to present mathematics and gives mathematicians some theoretical background from the field of science communication.

Bio: Ionica Smeets (Leiden University) did her PhD on continued fractions. In the meantime she accidentally became the spokesperson for mathematics in the Netherlands when she started a math blog. As an independent science journalist she made successful columns, books and tv-shows about mathematics for a general audience. In 2015 she came back to the university as a professor of science communication to study how to bridge the gap between laymen and experts. 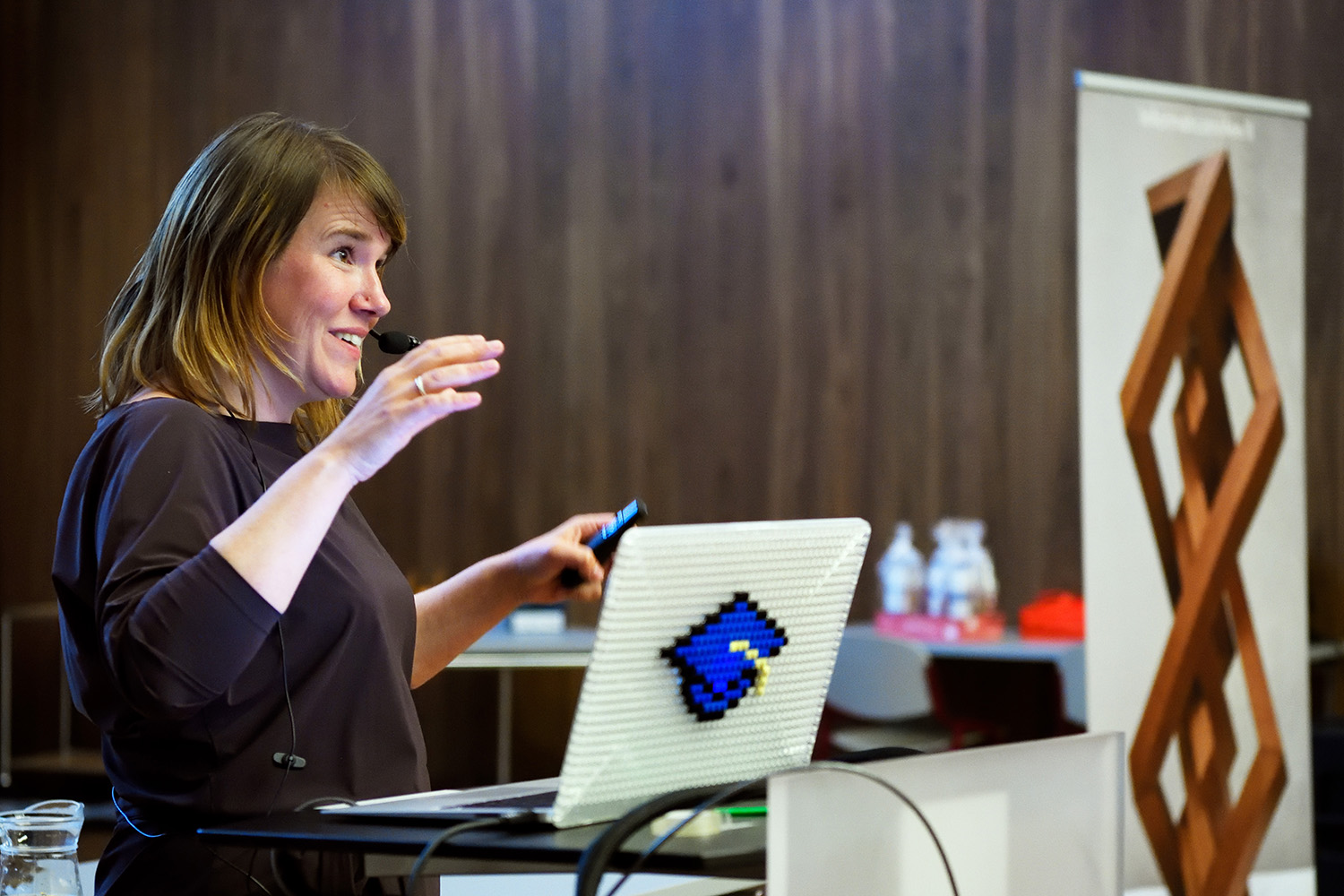 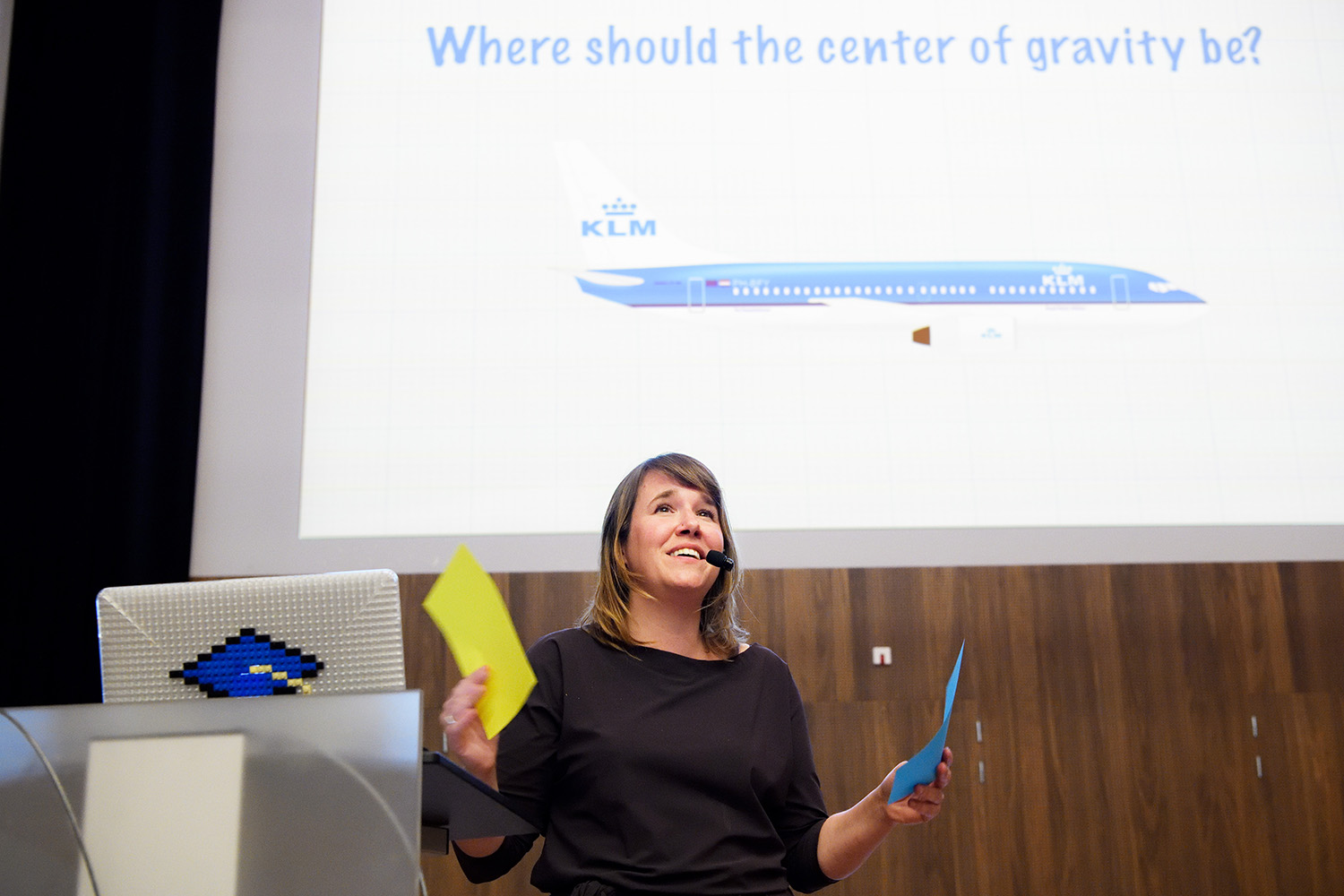 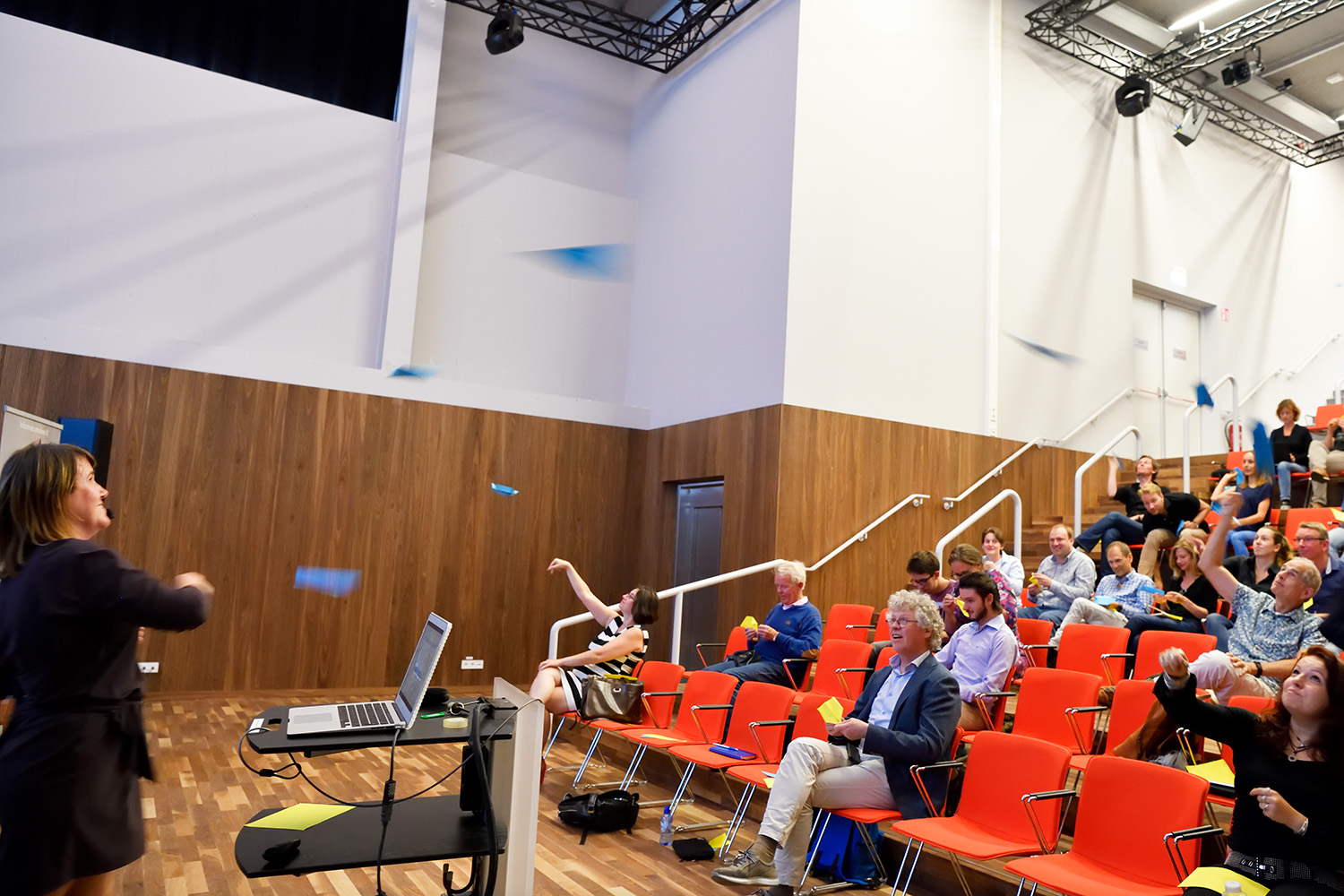