The exhibiton was shown at the Lycée Faidherbe, from
November 6 to November 25, 2017 at the school library

The film  “Hidden figures” will be shown and talks are scheduled  for November 16 th with four women mathematicians who studied at the school. 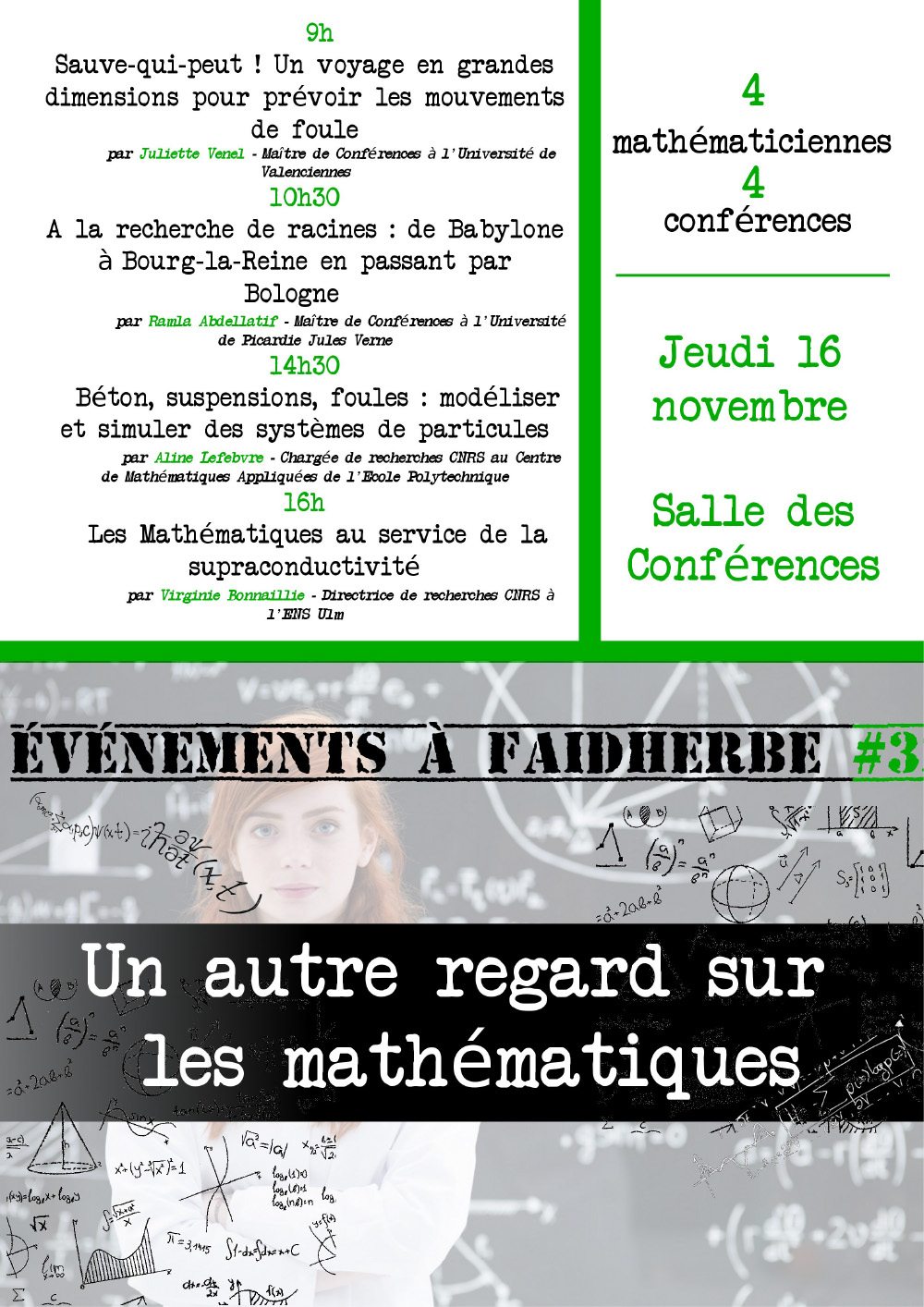 Along with the exhibition, four former female pupils of the school, who are now professional mathematicians, presented a talk. 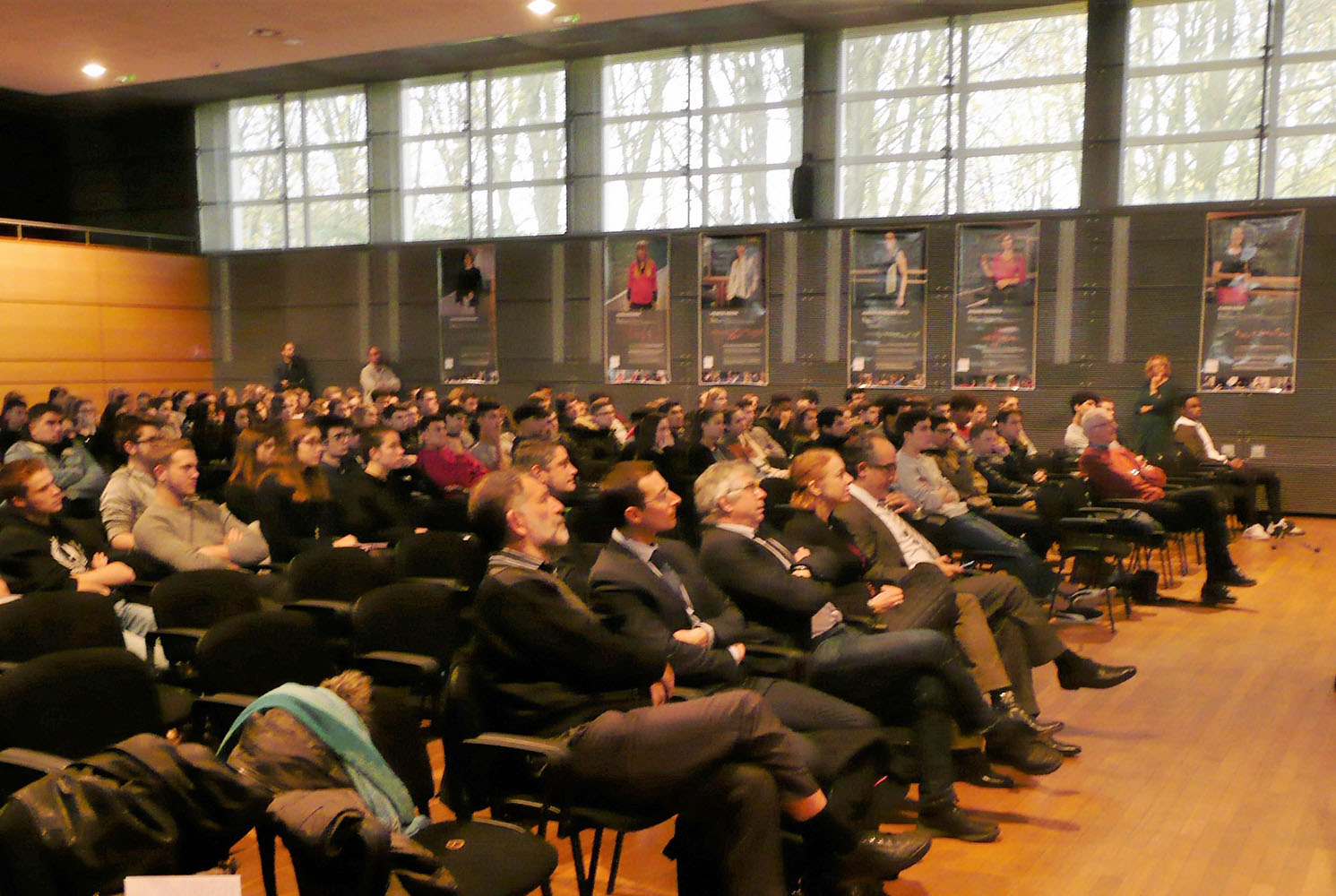 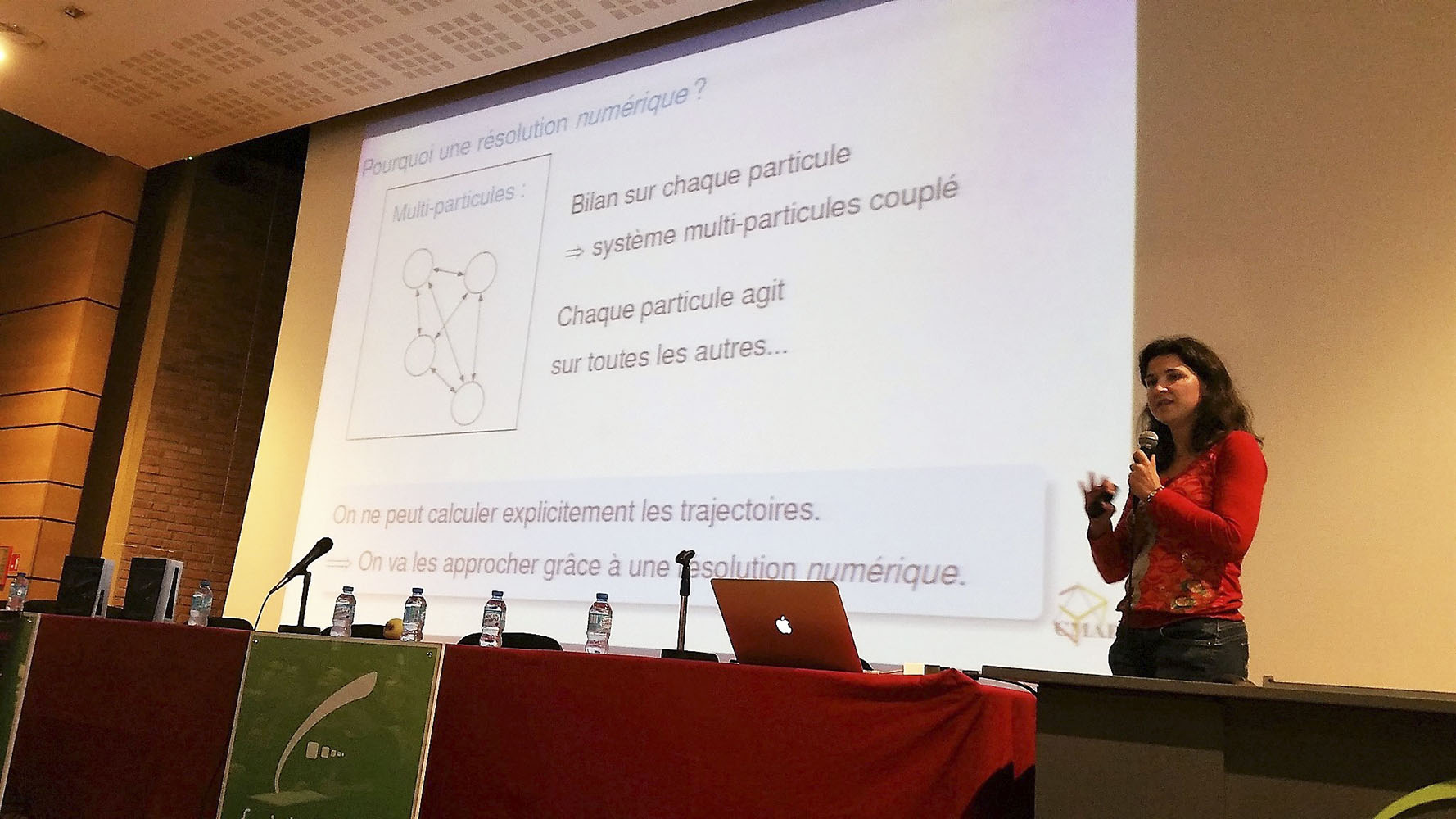