The exhibition was shown at the

Standing on the shore of mathematics

Women are still a minority in the academic mathematical community. Because of their minority situation, they often have to take a step back and think about issues that their male colleagues prefer to push aside to attend to their purely scientific pursuits. So women can pause for a moment on the banks of the river of mathematics, reflect on the eddies caused by the ships and ask themselves when and how they can jump on the next ship. In my lecture, we first jump on a boat of infinities.

How many natural numbers are there? Leonhard Euler in the 18th and Bernhardt Riemann in the 19th century had already set about enumerating infinities. The famous Euler constant and Riemann's zeta function bear witness to this. The evaluation of the Riemann zeta function at the zero point answers the above question with -1/2, i.e. a negative fraction! More difficult is the question of how many points there are on a grid in an (infinite) cone, because it is no longer a question of points on a straight line, but in several dimensions. This question, which comes from geometry, leads us to similar questions in quantum field theory, with Feynman integrals that typically diverge. They still have to be calculated because particle accelerators have to be fed with finite values. I will try to briefly describe the relations between the different questions.

In the second part of the lecture, we will jump onto another boat, where we will meet quite different disciplinary representatives. I will report on two projects that give women in mathematics a voice themselves and that I was involved in creating and implementing: The travelling exhibition "Women of Mathematics throughout Europe. A Gallery of Portraits", which opened in 2016, and the film "Words of Women in the time of Corona", which was shot in 2021. 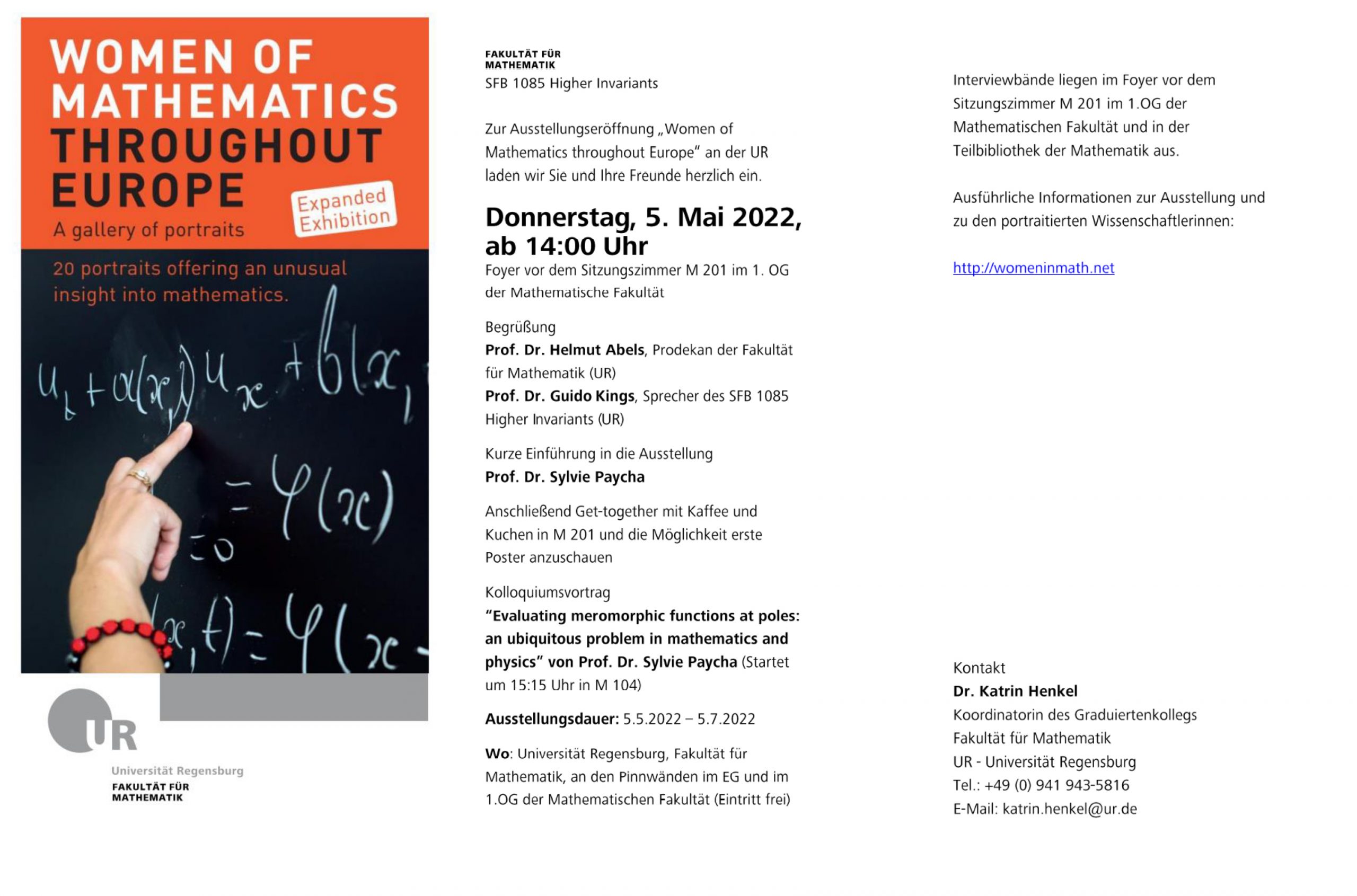